No European MP has been forced to resign due to corruption 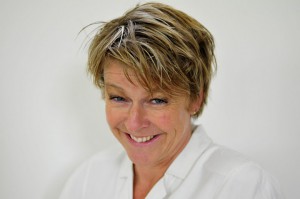 Margo Smit is an investigative journalist, director of the Dutch Association of Investigative Journalists (VVJ)  who lead a research into the state of investigative journalism in Europe, with a special focus on fraud with EU funds. Altogether seven journalists worked  for six month on the project to find out if crossborder investigative journalism can contribute to the reduction of misuses of EU funds. The study was initiated by the Committee for Budgetary Control of the European Parliament an the task – following a bid – was assigned to the Pascal Decroos Foundation. The instigator of the survey was Bart Staes, Vice-President of the Committee for Budgetary Control after a Slovakian TV journalist was sacked from her job at the state television channel because of her investigations on the misuse of certain EU funds in the country. Margo Smit talked about the project in Budapest where she attended the award giving ceremony of the Soma Foundation earlier this month. The original interview was published in Hungarian on Atlatszo.hu, an investigative  journalism website in Hungary.

In your speech you said „so far no European MP (member of Parliament) has been forced to resign due to corruption” . Is this really the case?

I did not find a story that caused a European politician to resign …maybe there are some but we did not find them. This means two things: one is that we are not doing enough stories (although there is plenty of stuff  worth covering), and it also means that we do not find Europe interesting enough to do these stories. However,  making these cases public would significantly increase the accountability of  European MPS and that of the whole system.

Is this perhaps because  the judicial system is not efficient enough?

Maybe… for example when OLAF ( then anti-fraud organization of the EU) finds fraud, they have to take the case back to the member states, who will then deal with these findings.

Does OLAF keep track of what happens afterwards?

Yes, they do and they publish tehir annual report every year in which they publish how much  money they had recovered in the given year and how many years prison sentrences they resulted in….But these trials take a really long time…. So yes, the judicial system is a little bit inefficient.

How could this process be made faster or more efficient?

As long as the member states do not want the EU to interfere in their own judicial system (and they do not want this), it will be always like this, it will be hard to make it more efficient. It would be good though if the procedures became shorter in the member states. But that is really hard to enforce from Brussels. There is one thing that  uswe, journalists can do: we can report on the outcome of these stories. What we often do is to find the beginning of the story, we find the fraud, and we report on that and then we let it go. Once the case is taken to court, we do not follow it. Fraud is percieved as a victimless crime. But in these cases we all are victims, people in the European Community are the victims, because it is our money that is not being spent the right way. The reason why it would be important to follow up these fraud cases to the end – and that is what OLAF always stresses – is that  people would see that when there is a fraud there is retaliation.

Why do journalist not follow these stories to the end?

Maybe  we do not find them interesting… maybe we find the actual mishap more interesting than the following court case. In your speech today you called journalists to try and find patterns  in the way these frauds happen and to look for the deficiencies of the system reflected in these cases.  What did you refer to? There are definite patterns in these fraud cases, and there are journalists following these up…
There are such huge amounts of money going around Europe that one can see patterns in how companies try to benefit most…

Could you give me an example for how this is done?

By labelling products differently, for example… If you grow a certain crop, and it is substandard  and you still label it as standard you get more money. For instance there are subsidies for leaving you agricultural area bare for a couple of years, and some people try to grow things on it despite getting this subsidy. It is only when journalists try to work together, when they see that what is happening in Bulgaria or Poland for example, is also being done in Belgium or Denmark, then they can see the pattern. But of course it is difficult enough to do research in your own country and it is even more diffcult to do cross border research . But  the impact of these stories is so much bigger when they go across borders.There was a story which started in the UK: it was called „Europe’s missing billions” , it was done by the Financial Times, the Bureau of Investigative journalism, the BBC and by Al Jazeera together. They started investigating structural funds and how they are being spent in Europe. And once they collected the data, they distributed the materials back to the individual countries, and then the stories were picked up locally. The same happened with the farm subsidies, a small group of journalists from the UK and Denmark got out the farm subsidy data and published them: and journalists from other countries are now able to use it. Corruption crosses borders, money crosses borders, crime crosses borders, us, journalists should start crossing borders too.

Are there any typical obstacles for investigative journalism by region or  in countries with a similar historical background?

The biggest problem investigative journalists encounter Europe-wide is the difficulty of accessing data. Because the 27 countries all  send their reports to Brussels, but in different formats: some do it in blank forms, some as code protected PDF so you can’t access it. The European Commission could ask for the data in one standard format and could  then store them in  an easily accessible  way. At te moment you really have to be sophisticated at handling data to be able to do the searches. So much that it almost seems deliberate, as if they did not want the stuff to get out. Another big obstacle is the protection of sources: in certain countries it is very hard.

In which countries are there problems with this?

For instance here, in Hungary, I was told, it is hard to protect sources. In Belgium it is easy, in fact Belgium has had  the best source protection law in Europe since 2005.They passed  it following a very notorious case: there was a journalist,  Hans Martin Tillack  working from Brussels for a German magazine, his house and office were searched, they asked for his sources and they accused him of bribery. The law on source protection was revised after this. But there are countries with no freedom of informations act, Spain for example (although they are working on it), Italy does have a FOI law but it is not functioning, Malta has one but it is not being used because of the many exemptions in it: e.g. this law is not apply to foreign jornalists working in Malta, etc. The European Commision should influence these countries to change this.

What were the reactions to this survey when you presented it at the European Parliament in October last year?

After the presentation, one of the MPs told me they had discussed the report for one and a half hours, and that they never usually talk  for that long about a report from an outside source. That is good. But so far not much else has been done than talking… It is really frustrating.